What I’ve Learned About Dying with Dignity 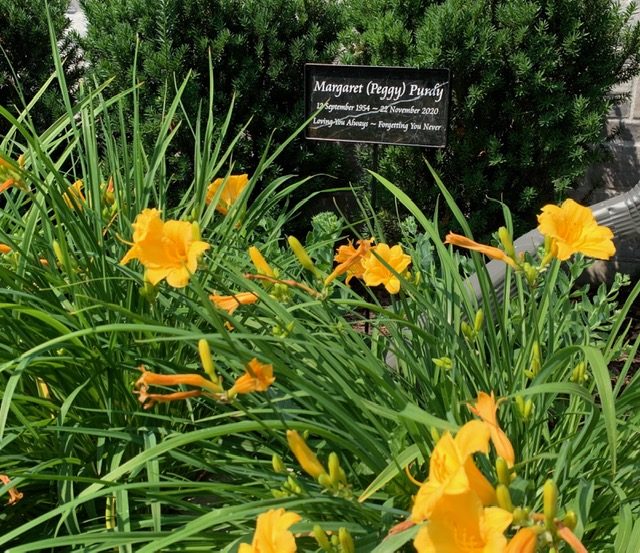 Since being a part of my sister’s final journey, I’ve wanted to share what I’ve learned about dying with dignity. It’s a tough and raw topic.

I’ve always supported MAID, Medical Assistance In Dying although I know it is a complex issue. My viewpoint has focused on respecting that someone has the right to die with dignity. It seems that Canada has finally found a way to acknowledge personal autonomy for those seeking access to MAID, while at the same time protecting vulnerable people and the equality rights of all Canadians.

In March 2021, changes to the Criminal Code’s provisions on MAID came into force and Canada’s MAID legislation became law. It’s a complicated and deeply personal issue. One which you maybe can never fully understand unless you’ve gone through it. It is the challenge presented to my family last November.

I just finished reading Jojo Moyes’s book, ‘Me Before You‘.  Every once in awhile, a book comes into your soul and pokes into the deepest crevasse of your heart.  It creates a knowing.  An understanding. A way to tie your own story into the plot line that unfolds on every page.  As you read, you are offered concepts that answer questions etched in your brain and can fill in your own uncertainties.

But first, full disclaimer — if you intend to read ‘Me Before You’, there are huge spoilers in this blog. So grab the book and I hope you will then come back here to read this little piece of my experience.

The book is about Will, a quadriplegic that wants to end his life.  He has promised his parents six months and they hire Louisa as his caregiver.  She is tasked with making him happy again. With giving the will to live again.  They fall in love and still, it isn’t enough.

Of course, some elements of this story were my story a few months ago as I watched my brave sister make the decision to end her life. Like Louisa, I wanted a different outcome.  I just didn’t want her to leave me.  I didn’t want the grief and void that her death would dole to me.

This book gave actual meaning to the ‘why’ of Medical Assistance in Dying and by doing so, I had some context to what I’ve learned about dying with dignity.

Even when I didn’t always understand, I unwaveringly respected Peggy’s decision – and her ability to make that decision.  I tried my best to support her and talk it through with her. It is so monumentally difficult to have those conversations without judgment.  To be unselfish enough to put your heartache away in a box and not to make this about you.  It is truly about that person who has been dealt cards that they no longer want to play. While the brain may know that, the heart wants a different outcome for the person you love.

When my sister chose to begin her end-of-life journey, the hospital gave her the option for MAID. It was brand new that the right to end your life with medical assistance was even available. The process would entail her meeting with two medical doctors and a psychiatrist and really, it probably would have been over in two weeks.  Having said that, she was told that simply stopping the medication that kept her alive on a daily basis and letting nature take its course would bring the end quickly.  It would be all over in days.  She refused MAID and instead, chose the latter.

However, as days became weeks and weeks became months, we revisited MAID but she adamantly refused to ‘commit suicide’.  I accepted this was not how she chose to leave this life but didn’t have a deep understanding of it…. until now.

Taking Control of Your Destiny

‘Me Before You’ gave a glimpse into MAID (or at least the European version of assisted dying from 2012 when the book was published) and as I read through the pages, I realized that Peggy didn’t want more doctors to take control of her destiny.  She was a puppet in the medical game for over 40 years.  More and more tests.  More and more medication.  More and more pain.  More and more failures.  She never questioned them or refused to do as she was told.  They were the experts.

Choosing the MAID option meant another expert doctor and an expert psychiatrist that would probe into her body and brain.  They would then review the answers she gave them and ultimately, make the decision about her life: whether she would have to continue living or if she was eligible for MAID and had the right to end the pain.  And, what if they said no?

Choosing to stop medication put her in the driver’s seat.  And although it didn’t go along as she had expected – as quickly as the experts told her it would – it was her choice and no one was going to take it away from her.

It’s Not Going to Get Any Better Than This

As to her ‘why’, after reading ‘Me Before You’, I recognized similarities in the lead character’s journey to that of Peggy’s.  He told Louisa:

“It’s not going to get any better than this.  The odds are I’m only going to get increasingly unwell and my life, reduced as it is, is going to get smaller. The doctors have said as much. There are a host of conditions encroaching on me.  I can feel it. I don’t want to be in pain anymore, or trapped in this thing, or dependent on everyone, or afraid. So I’m asking you – if you feel the things you say you feel – then do it. Be with me. Give me the end I’m hoping for.”

Oh Peggy – you asked us to do that and we did.  We were there every step of the way.  We cried and rallied and fought and backed down.  We did it for you.

When Louisa goes to Switzerland to be with Will at the end, she finally understands.  He tells her that this is the first thing he has been in control of since the accident.  She sees it clearly on his face and truly understands.

“I realized then that there was actual relief in his expression. That he was pleased to see me in a way he wasn’t actually going to be able to say. And I told myself that it was going to have to be enough. I would do the thing he had asked for. That would have to be enough.”

Tell Me Something Good

I know ‘Me Before You’ is a work of fiction. And yet, it rumbles in my memories of the time I spent with my sister.  Not only at the end but how her and I shared so much in our lives.

At the end of the book, Will asks Louisa to tell him something good.  She proceeds to share a story of two people who shouldn’t have met, and who didn’t like each other much when they did, but who found they were the only two people in the world who could possibly have understood each other.  She told him of the adventures they had, the places they had gone, and the things they had seen that they never expected to.  She shared a story of what each had brought to each other and that it made all the difference in the world.  She drew a world for him, a world far from that place they were at right then, a world in which he was still somehow the person he had wanted to be. She drew the world he had created for her, full of wonder and possibility.

It occurred to me that escapism was so much of what I tried to create for Peggy in our travels and during my visits home.  To take her away from the struggle and to fill her heart with little pieces of joy.  To see a different way of living – to see what life could be, even if only for a short time.  To eat yummy food, to drink good wine, to laugh and reminisce about happy times.  To rewrite the difficult stories and give them a better ending. To not let them define us. To make good choices.  To choose happiness.  Even if only for a short time until reality seeped back in.

Peggy, I’ve tried to accept that you are at peace and yet, there is a bubbling uncertainty in me. Is life better where you are?  Are you free? Are you in charge of making your own choices?  Of making your dreams come true?  Is it all you hoped it would be?

In death as in life, you taught me so much. Thank you for what I’ve learned about dying with dignity.

Note: If you want to learn more about Canada’s Medical Assistance in Dying law, the links in this blog will take you there.  I’m hoping that you will never be faced with those kinds of decisions but knowledge is power.  ♥️

1 thought on “What I’ve Learned About Dying with Dignity”