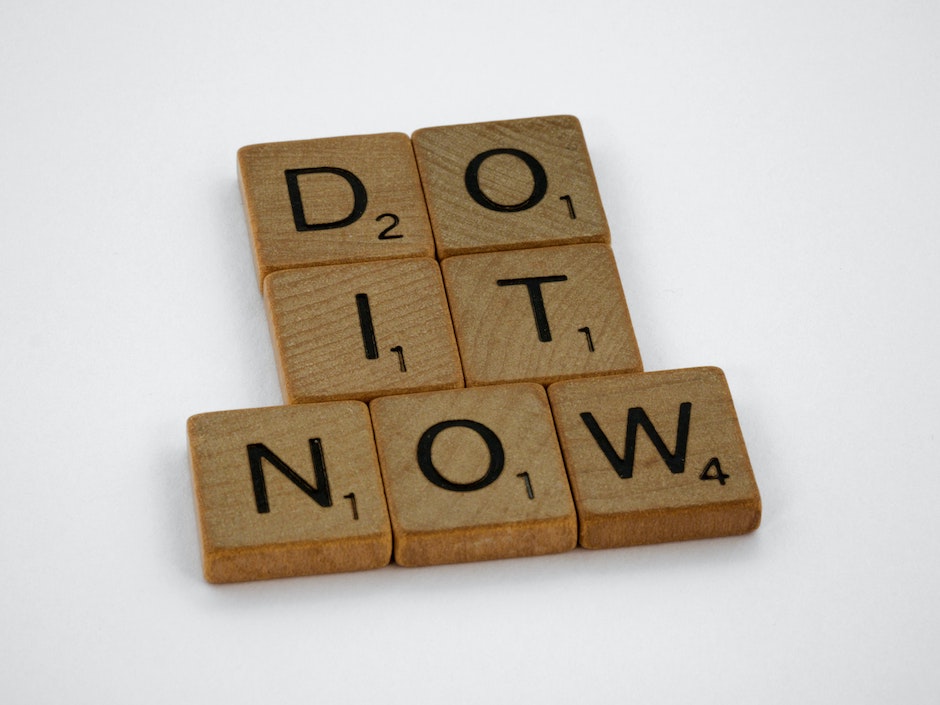 Even the most productive, capable people can hit a horrific snag in their lives —- it’s called procrastination.  I am that ‘get it done’ type of person that loves productivity!  However, sometimes I hit a concrete wall where I can’t make my way through some task or project.  And, I don’t take it at all well.  So, let me share 4 ways to stop procrastination.

Procrastination is defined as ‘putting off intentionally the doing of something that should be done despite the knowledge that this delay may harm us in some way‘. That is, procrastination is by definition an irrational behavior because it runs counter to our own idea of what will make us happy.

Procrastination is a real paradox. In ‘The Procrastination Equation: How to Top Putting Things Off and Start Getting Stuff Done’, author Dr. Piers Steels surveyed more than 24,000 people globally and discovered 95 percent confessed to at least ‘occasional’ procrastination.  About 25 percent of those surveyed are chronic procrastinators; five times the rate in the 1970s.

Procrastination becomes a problem when it reaches a chronic state and the same survey shows that workers now typically spend a quarter of the day procrastinating.

But, perhaps there is something else at play here. Although sometimes considered a weakness of will or poor time management skills, scientific research is actually supporting that procrastination is an ‘emotion-centered coping strategy’.

In fact, experts like Tim Pychyl at Carleton University in Canada and his collaborator Fuschia Sirois at the University of Sheffield in the UK propose that procrastination is an issue with managing our emotions, not our time. The task we’re putting off is making us feel bad – perhaps it’s boring, too difficult or we’re worried about failing – and to make ourselves feel better in the moment, we start doing something else.

So recognizing when it starts, understanding why you procrastinate and taking steps to move forward are paramount to breaking the cycle.

Procrastination can occur for reasons such as:

Nobody likes being stuck so let’s get to 4 ways to stop procrastination using the acronym STOP.

Stimulus control is a strategy that successfully combats procrastination. What you need is a single place where you do your work and nothing else. This has been a challenge as people have been remote working during the pandemic without a ‘formal’ set-up for working. But for stimulus control to be truly effective, your office or desk should be free of any signs of easily available temptations or distractions that might pull you away from your task. For example, no games, no web-surfing, no television.

Finding tools and techniques that work for you is paramount to avoiding procrastination.

Get clear on what your objective is.  To do that, visualize the end result.  It’s common to get stuck in the frustration that procrastinating ignites and that can stall you in the present moment.  Instead, imagine as vividly as possible what getting it (whatever it is) done. Tap into the emotion that would be stirred if you could tick it off your list. Keep going back to that emotion.

P is for Process

Adopting a process that focuses on moving you forward will make all the difference and this looks different for everyone.

What Kind of Procrastinator Are You?

Last but definitely not least, it helps to understand what kind of procrastinator you are. Perhaps you’re an occasional procrastinator or maybe your constant dilly-dallying is a more serious problem?  To find out, take this test for a detailed diagnosis of your procrastination profile.

For what it’s worth, the survey reveals that I’m an Average Procrastinator.  One of the telltale descriptors was that I “likely get the work done but could probably do it sooner and experience less stress.”  Yes, I know!